I am very proud to present the second story from volume two of my “Stories” comic – ‘Spark’.

Since it’s been about a month since I made any “CRIT” comics, I thought it’d be a good idea to write a CRIT-themed story. The storyline I settled on was one based on a vaguely ‘Frankenstein’-like “concept art” drawing I drew in November 2012 called “Never Alive”

I’m seriously astonished at how quickly I was able to write and draw this comic, not to mention the fact that the story quickly went in a slightly different (and much darker) direction than I originally expected it to. Plus, condensing a “CRIT” story into just eight pages wasn’t as difficult as I expected it to be either.

Anyway, as usual, this comic is released under a Creative Commons BY-NC-ND Licence. 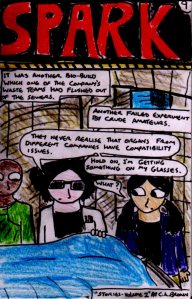 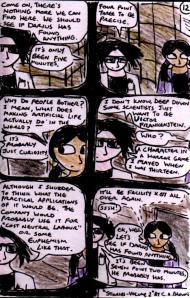 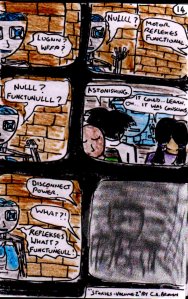