Well, both of today’s watercolour pencil paintings were kind of random and they didn’t end up being as interesting as I hoped they would be.

As usual, these two paintings are released under a Creative Commons BY-NC-ND licence. 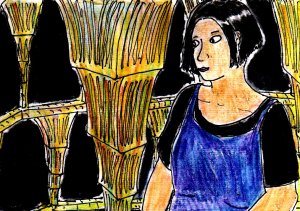 The background in “Fractal Zone” was originally going to be a lot more detailed but, I was feeling kind of uninspired at the time – so I ended up making the background a lot more simple. This acturally worked out surprisingly well, especially since watercolours aren’t really suited to adding colour to highly detailed backgrounds. 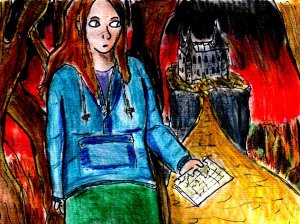 “Off The Map” was kind of random and, despite spending longer than I expected adjusting the brightness/contrast levels in this scanned version, the original painting still looks better than this digital version.