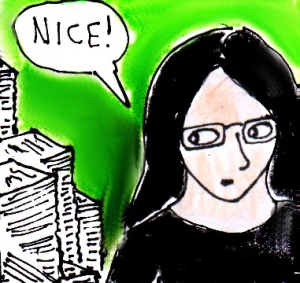 Yes, this article is going to start with something which could be loosely-described as “bragging” and which could be accurately described as “annoying bragging”. But, don’t worry, there’s a point to all of this and I’m not doing it just to stroke my ego.

Anyway, one of the great things about being an artist and being a writer (albeit a non-fiction one these days) is that I get to build up a large body of work. I get to look at thousands of drawings, hundreds of paintings and hundreds of thousands of words and think “I made all of this! I made most of this in less than three years!”

I get to look at a gigantic pile of art and the equivalent of a 400+ page non-fiction book (eg: this blog) and think “None of this would have existed if it wasn’t for me.”

And, you know what? It feels fantastic! Seriously, there is nothing quite like basking in the glow of your own creative achievements.

And you know what’s even cooler? You can do the same thing too.

Yes, you may or may not have the amount of time that I had to build a body of work as quickly as I have. But you can build up a body of work. And, chances are, it’ll probably be better than most of mine.

The secret to doing this is, as I’ve mentioned in at least one another article, is to do two things.

The first is to make a commitment to either writing or making art on a regular basis. It doesn’t matter how often it is or how much you create every time, but you need to set yourself a regular schedule (eg: every week, every two days, every day etc…) and stick to it as much as you can.

This might feel difficult at first, but after a while, it’ll end up becoming just another part of your daily or weekly routine. Hell, you can even multi-task by drawing or writing whilst you’re watching TV or travelling on the train if you need to. The important thing is to spend some time on a regular basis actually writing and/or drawing.

The second, and most important, is not to give a damn about quality (at least when you’rejust starting out). Yes, you heard me correctly. If you’re starting out and want to build up an impressively-sized body of work, then you should focus on quantity rather than quality.

Although this goes against most advice that you’ve probably heard before, it’s actually one of the best ways to improve your work. Why? Because it makes you practice and stops you being a perfectionist. It also gets you used to producing things quickly and teaches you the value of actually finishing things.

Yes, your early work will be terrible. But, because you’re dashing out lots of stuff on a regular basis, then you will start to notice small improvements in your work over the space of a few months at the most.

If you don’t believe me, then compare your latest drawing or piece of writing to one of your old ones – you’ll probably notice at least a small difference in quality. Now imagine how those differences will add up over the space of a year or two.

Or, in other words, focusing on quantity rather than quality means that – in two years, you can go from making art that looks like this: 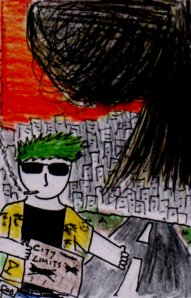 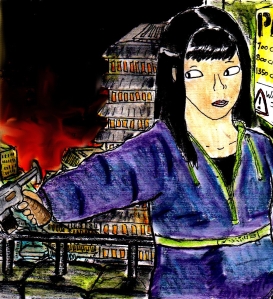 And, not only will all of this regular practice help you to accelerate your art learning (often without you even realising it) but – as a cool side effect – it’ll also give you a shockingly large body of work too.

Sorry that this article wasn’t anything particularly new (and sorry for the bragging too), but I hope it was useful 🙂

2 comments on “Building A Body Of Work”