Trust Derek to end up executing his own executioner on his first day as king, or to not realise that the (rather sleazy) custom of the “Droit Du Seigneur” probably didn’t actually exist in medieval Britain. 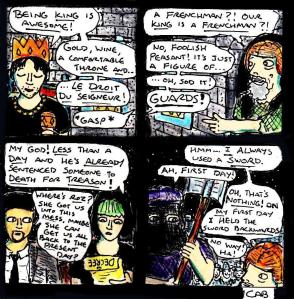