Well, so much for “taking a break from comics for a couple of days”! Due to feeling especially inspired, I decided to start my next webcomic mini series (called “Damania Repressed”) early 🙂

But, yeah, Harvey tends to have something of a habit of not really thinking of highly-advanced technology as being “unusual” (however much he might dislike modern technology). 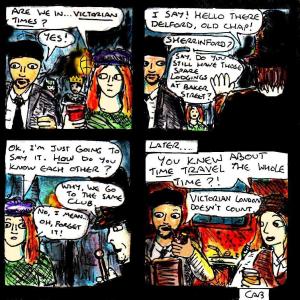