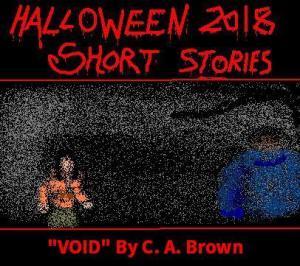 Reza raised the scanner and swept it over the churned ground. On the screen, a thousand tiny fragments glittered like stars. He tapped a couple of buttons and waited. Five seconds later, a pop-up appeared: RECONSTRUCTION ALGORITHM COULD NOT RESOLVE DATA.

Muttering under his breath, he brought up a menu and set it to reconstruct multiple objects. A memory allocation error appeared. Reza twiddled with the amplification dial on the side of the scanner, hoping that getting rid of the smaller fragments would free up some memory for the processor. But, just after he started the process again, the air around him cooled by several degrees.

Without even thinking, he reached back and flipped up the hood of his anorak before returning to the screen. It was still processing. Curses and prayers competed for his attention. The air got colder. The little spinning thing on the screen moved slightly faster. Come on!

A reassuring ping echoed through the air. As Reza raised his head to the grey sky with relief, the rain fell. There was no small pattering of drizzle to give him a moment’s grace. One second, the air was cold and heavy. The next, it was a solid sheet of rain. Without even thinking, he hunched over the scanner and ran.

His feet squelched and slopped. He almost slipped. He kept running. Keep the scanner dry. He didn’t look up. He knew the route.

At least, he thought he did. As his shoulder slammed into the scorched trunk of an old tree, Reza realised that he was lost. The bare branches gave him little shelter. He ignored the ache in his shoulder and stayed crouched over the scanner. Worst case scenario, the rain will pass in six hours.

Luckily for him, he didn’t have to wait six hours. Above the furious pounding of the rain, Reza heard an intermittent slopping sound. Turning his head sideways, he saw a bright orange shape moving through the rain. A smile crossed his face. He kept crouching. Two minutes later, a hand touched his shoulder.

Beside him, Suzy shouted: ‘Come on! Follow me.’ She fumbled through her anorak and pulled out a plastic bag: ‘Cover it with this.’

As soon as Reza had got the scanner covered, they ran. It was only when the half-buried tube of the site station began to appear that Reza realised where he’d gone wrong. With all of the chaos of trying to get a reading before the day’s rains hit, he’d wandered into the neighbouring field. It was easy enough to do when your eyes were glued to a screen for hours.

Suzy held the door open as Reza rushed into the corrugated tube. Seconds later, she clanged it shut. Above their heavy breathing, rain pinged off of the roof like machine gun fire. The piercing smell of petrichor hung in the air. Reza fumbled with the bag and handed it back to Suzy. She placed it on the pitted wooden table before staring at the scanner screen. It was still working.

‘Did you get anything?’ Suzy sat down and reached for the scratched biscuit tin.

Reza pressed a few buttons on the scanner ‘Yeah. Hmmm…. Nothing in the database about it. Hold on, I’ll try a date extrapolation. Might be a few minutes.’

Pulling two misshapen biscuits from the tin, Suzy leaned over the scanner. On the flickering screen, a flat black ingot encased in shattered glass sat beside a loading bar. It made no sense whatsover. The glass couldn’t be there to protect whatever was inside it. Maybe it was some kind of emergency item, like the old fire alarms back at HQ? Suzy shook her head. Who would need a portable fire alarm?

She handed a biscuit to Reza. They ate in silence. The loading bar crawled forwards. Suzy smiled: ‘Have you got any idea what it is?’

‘My best guess is that it’s some kind of currency. The latest message from the London site mentioned finding thousands of items like this one amongst the bone fragments. The glass casing is a new touch, though. Maybe it was more valuable than the London specimens or something like that?’

The scanner pinged. They both stared at the screen. The number 2018 stared back at them. Reza laughed. ‘Typical.’

Suzy sighed ‘We got drenched for that? Another bloody void item.’

‘Don’t worry, we’ll piece it together eventually. I mean, we know it’s an early void item. So, it’s another clue.’

Suzy reached for another biscuit ‘Yes, but I was hoping for some real history. Some pre-2007 thing that actually told us something. It makes no sense! People before then had everything – recreational buildings, detailed machine-printed writings, tiny mechanical clocks and even reels of sequential images. Then, one year, they all just suddenly decide to start a two-century dark age. It makes no sense.’

Reza grinned and pointed at the plastic bag on the table: ‘I don’t know, they certainly knew how to make bags back then.’