Well, thanks to having a bit more time and feeling inspired, today’s late 1990s/early 2000s-style digitally-edited gothic/film noir painting turned out a lot better than I expected. Surprisingly, I actually ended up using some digital lighting effects (in combination with more traditional ones) in this painting too. 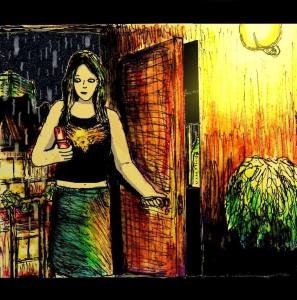