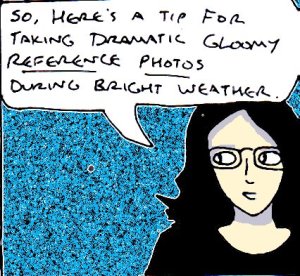 Well, it’s been quite a while since I last wrote an art-based article. This is mostly because, due to planning time reasons, most of my paintings over the past few months have been realistic landscapes based on photos (rather than imaginative sci-fi, gothic, 1990s-themed etc.. art). And, well, there’s only so much you can say about this.

Still, during a photo-taking excursion to an area near Portsmouth called Broadmarsh the day before I originally prepared this article, I remembered one of the rules that was an integral part of my art style when I had the time to make more imaginative paintings every day.

The rule is that the total surface area of each painting should consist of at least 30-50% black paint, so that the colours in the rest of the painting look bolder by contrast. It creates an effect that looks a bit like this: 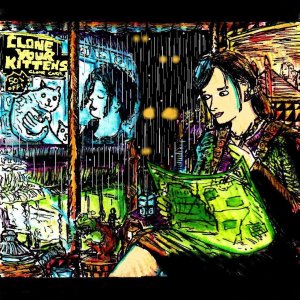 However, one of the problems I’ve had with taking reference photos for my more recent “realistic” paintings is that the digital camera I use is absolutely terrible at night photography – not to mention that most of the chances I get to go out and take photos are during the day.

Needless to say, this makes using this element of my art style a bit more difficult, especially during hot weather. Even so, during the trip to Broadmarsh, I found myself taking quite a few photos that fitted into my ” at least 30-50% of the picture should be shrouded in darkness” rule. 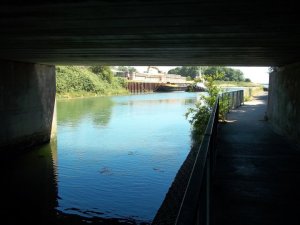 This is a photo I took in Broadmarsh last July. As you can see, the bridge adds some much-needed gloom to the photo. 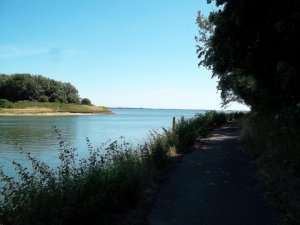 And here’s another photo from the same trip. This time, some overhanging trees help to provide some much-needed gloom.

So, how did I do this? The first part of taking intriguingly gloomy, contrast-filled reference photos in bright weather is simply to look for shadows. Things like overhanging trees and bridges are especially good for this sort of thing.

Then, once you’ve found some shadows, it’s usually best to stand in them (if possible) and point the camera at something bright. This might seem a little bit counter-intuitive, but some digital cameras have an auto-focus (?) feature of some kind or another – meaning that taking a photo of a gloomy area from within a gloomy area will just result in a slightly boring and muted photo like this: 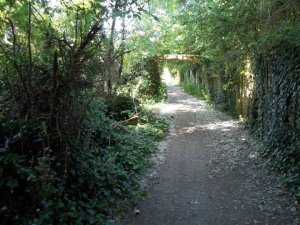 However, if you stand somewhere gloomy and then take a photo of a much brighter area, the camera might correct for this by making the gloomier area seem even darker. Kind of like this: 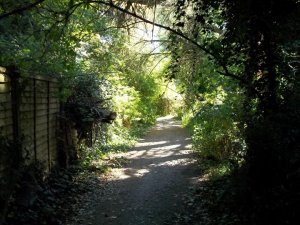 This is a photo taken on the same path, but because it is a photo of a bright area taken from a shadowy area, the contrast is a lot more noticeable.

Yes, this is a pretty basic technique and I’m not exactly an expert on digital photography, but it certainly seems to work. So, if you want to take dramatic gloomy reference photos during bright weather, remember to stand in a shadowy area and then point the camera at something much brighter.

Sorry for the short and basic article, but I hope it was useful 🙂