Well, although I hadn’t planned to make another parody cartoon, I ended up re-playing a few levels of “Duke Nukem 3D” during a spare moment and suddenly realised “That monster’s machine-gun arm must be ludicrously impractical in everyday life” and then the idea for this parody comic just kind of appeared.

Since this is a parody comic, it is NOT released under any kind of Creative Commons licence. 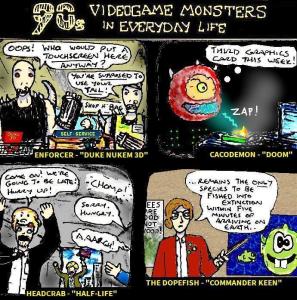 Well, I was in the mood for making some random digital art (mostly due to time reasons) and, to my delight, I ended up making this piece of 1990s-style cyberpunk art 🙂

As usual, this picture is released under a Creative Commons BY-NC-ND licence. 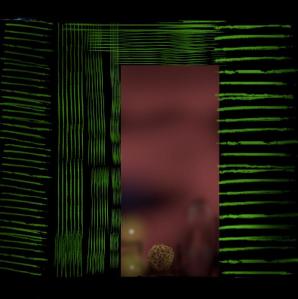 Well, this is a digitally-edited 1990s style painting that I made when I was fairly tired and, for a tired painting, it turned out better than I’d expected. 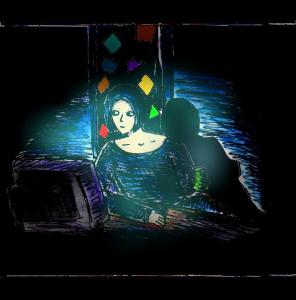 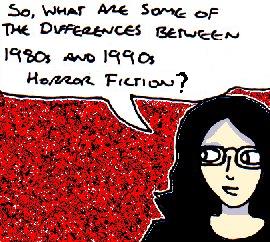 Well, whilst reading the late 1990s horror novel that I plan to review next (“Warhol’s Prophecy” by Shaun Hutson), I started to notice some differences in tone and style to Hutson’s 1980s horror novels. This, of course, made me think about some of the more general differences between 1980s and 1990s horror fiction.

After all, whilst horror fiction temporarily declined in popularity during the 1990s (with publishers turning away from it and many horror authors writing non-horror fiction), there is still horror fiction from the 1990s out there and – surprisingly – it is very different from 1980s horror fiction.

So, here are a few of the general differences.

In part, this seems to have been a little bit of a marketing gimmick. Because publishers in the 1990s decided that horror fiction wasn’t fashionable and, with other genres like crime and thriller fiction also becoming more popular, horror novels from this time were often labelled as “psychological thrillers” in order to reach a larger audience. And, in order to keep up this pretence, they often had to ditch the creatures, ghosts etc… that used to be a mainstay of the genre.

Of course, being the “edgy” 1990s, these psychological thrillers often tend to have a slightly grittier edge to them than the more traditional-style atmosphere and suspense favoured in modern mainstream horror fiction. For example, Shaun Hutson’s 1999 novel “Warhol’s Prophecy” stars a bickering couple and is also punctuated by chilling descriptions of historical serial killings too. So, whilst 1990s horror fiction was moving more towards the more “respectable” status horror fiction has today, it still retained some of the cynical punk attitude of the 1980s too 🙂

2) Urban fantasy and monsters: Although traditional monster-based horror fiction fell out of favour amongst publishers in the 1990s, readers still enjoyed reading about monsters and other traditional parts of the genre during the 1990s.

However, these monsters were often found in the horror genre’s close relative, the urban fantasy genre. Although some hints of this genre existed during the late 1980s with novels like Nancy A. Collins’ “Sunglasses After Dark“, it only really started to become a major genre thanks to early-mid 1990s novels like Laurell K. Hamilton’s 1993 novel “Guilty Pleasures” and 1990s TV shows like “Buffy The Vampire Slayer”.

Although the urban fantasy genre includes elements of horror and a plethora of familiar monsters (eg: vampires, werewolves etc…), it generally tends to have more thriller-like pacing, narration and storylines than horror fiction does. These novels also often – but not always – tend to have a slightly lighter or more comedic emotional tone than traditional horror fiction too.

Likewise, although nuanced monster characters can also be found in 1980s novels like Clive Barker’s “Cabal” (and probably go all the way back to Mary Shelley’s “Frankenstein” too), the “monsters” in urban fantasy fiction are more likely to be sympathetic characters than a source of horror.

This focus on presenting monsters as sympathetic characters also played into a general trend during the 1990s to “innovate” or to “reinvent” things. Postmodernism and cynicism were major trends in the 1990s too, with people eager to rebel against tradition in a vaguely punk-style way. So, this shift from monster horror towards genre-savvy urban fantasy makes total sense in this context.

3) Intelligence, genre and extremity: Although horror fiction still wasn’t a “respectable” mainstream genre in the 1990s, it was a more intellectual genre than it was in the 1980s and it also used shock value in a slightly different – and arguably more effective – way too.

In general, 1990s novels like “American Psycho” by Brett Easton Ellis, “Exquisite Corpse” by Poppy Z. Brite and some parts of “Word Made Flesh” by Jack O’Connell seem a lot more “extreme” than 1980s horror fiction thanks to their increased focus on more “realistic” sources of horror (such as serial killers), their focus on evil characters and a greater emphasis on disturbing and cruel situations/events presented in a more “understated” way that adds to the chilling feeling of realism. Sometimes in these novels, the concept of what is happening is actually more disturbing than how it is described.

In addition to this, these novels are also a bit more “high brow” than you might expect. Yes, 1980s horror fiction certainly included things like satire too, but 1990s horror novels will often try to have a little bit more intellectual depth or make a wider range of satirical criticisms. Likewise, there was a bit more flexibility in the genre too – with two of the novels I mentioned in the previous paragraph (“American Psycho” and “Word Made Flesh”) not even technically being “horror novels”, despite containing some very extreme horror elements.

So, 1990s horror fiction tended to be more “intellectual” than 1980s horror fiction was, with its shocking moments also feeling more “edgy” and “extreme” (despite containing less gory descriptions) thanks to things like their more understated presentation, scary protagonists and/or heavier focus on the concept of various horrifying events. Likewise, horror fiction in the 1990s wasn’t afraid to include elements from other genres too.

Well, originally, this 1990s-style digitally-edited painting was going to be larger and more detailed, but it ended up being slightly rushed due to time reasons. 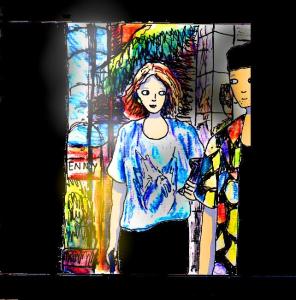 Well, although I’d originally planned to practice painting realistic shadows in today’s 1990s-style digitally-edited painting, I kind of messed this up slightly (to the point where I actually had to digitally remove several shadows). 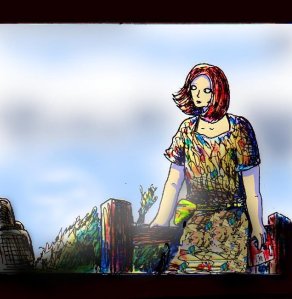 Well, although I’d originally planned to paint a more “realistic” rural scene set in the 1990s, I still wanted to experiment with lighting, so this painting went in a sillier dinosaur-based direction. 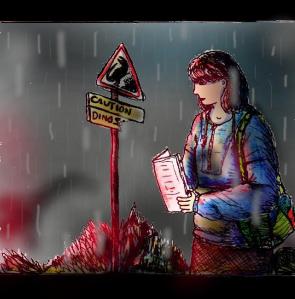 Well, I was still in the mood for practicing painting realistic reflections and lighting and, to my delight, this 1990s-style digitally-edited painting turned out a lot better than I’d expected 🙂 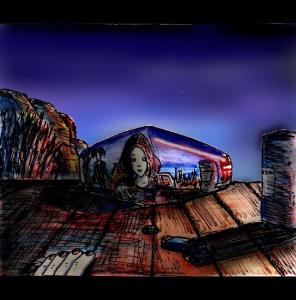 “Mirror Square” By C. A. Brown

Well, due to both feeling uninspired and being in a bit of a rush, today’s artwork is a small 1990s-themed digitally-edited drawing.

As usual, this drawing is released under a Creative Commons BY-NC-ND licence. 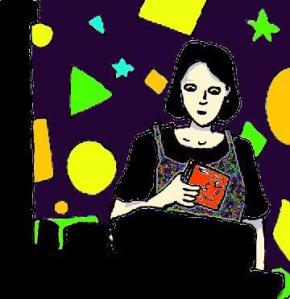 This is a digitally-edited “1990s hippie” painting that I made when I was slightly tired. It was also a partial remake of this digitally-edited drawing (which, if I remember rightly, was something of an early experiment with digital lighting effects and with the texture fill effects in this open-source program) that I made a couple of years earlier. 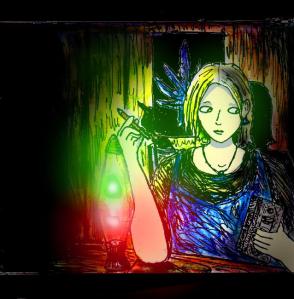