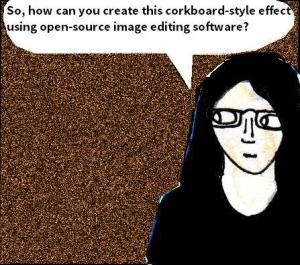 Anyway, when I was editing one of my upcoming paintings in another editing program (an old one called “Paint Shop Pro 6”), I worked out how to create a corkboard-style surface in the lower part of the painting and I was curious to see if I could re-create this effect in GIMP 2.6.

After some experimentation, I succeeded at this (hence this tutorial), although the effect is slightly less intense when created in GIMP 2.6 than it is in PSP6, due to feature differences between the two programs.

Note: I should also point out that this effect looks best (and only works properly) when used in darker areas of your picture. A plain black background is absolutely ideal for this effect.

I know that there are more recent versions of GIMP out there, but I doubt that they are missing any of the basic features I’ll use in this tutorial.

Likewise, if you’re new to image editing, then it’s probably worth saving a backup copy of your original picture before you start editing.

1) Select An Area To Edit: For the sake of ease, this tutorial will show you how to add the effect to the whole picture, but if you don’t want to do this, then select an area to edit using the tool on the icon menu that looks like a lasso or a loop of rope. You can also use the two tools to the left of this icon too.

This is the free select tool, which you can use if you only want to add this effect to part of your image. The square icon and circular icon next to it can also be used for selecting areas of your image too.

2) Turn up the noise: After you’ve selected the area you want to edit. Go into the “Filters” menu at the top of the screen and select “Noise”, then select “RGB Noise” from the sub-menu. 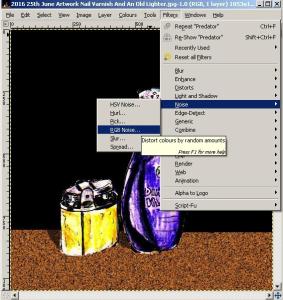 Once you’ve done this, a small window that looks like this should appear in one corner of the screen: 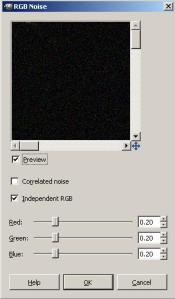 This is the RGB noise menu.

Once this menu appears, push all three colour sliders towards the right-hand side of the window (eg: the value of each colour should be at least 0.8 or more, preferably more), since you’ll need a fairly intense noise effect if you want to create a corkboard texture. Once you’ve done this, click “ok”. 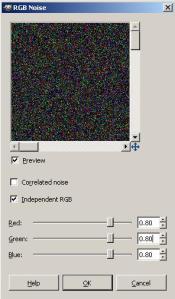 All of the values have been increased to 0.8, creating a static-like pattern.

3) Colourise: Once you’ve raised the RGB noise levels to 0.8 or higher, go into the “Colours” menu at the top of the screen and select “colourise”. 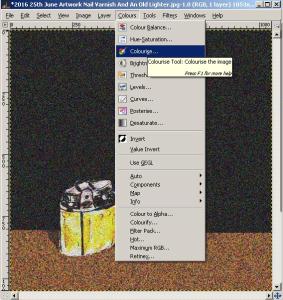 This is the “colourise” option.

A menu should appear, allowing you to select the hue, saturation and lightness levels. Don’t worry if your picture suddenly turns a different colour when this menu appears. 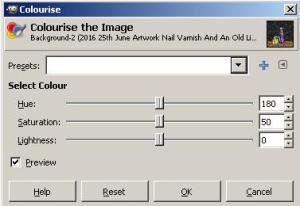 This is the “colourise” menu. Don’t worry if your picture suddenly changes colour when this menu appears.

Once you’ve got this menu, you will need to mess around with the three levels until your picture becomes an orange/ light brown colour.

The settings I found worked best for the example image were a hue level of 32, a saturation level of 84 and a lightness level of 3. But, these levels may vary depending on how bright your picture is (my picture was slightly gloomy). So, be sure to experiment. 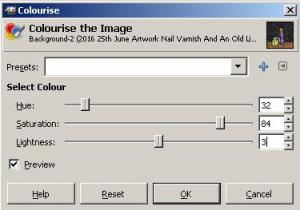 These are the hue/saturation/ lightness levels that worked well in the example picture. But, be sure to experiment until your picture looks right. 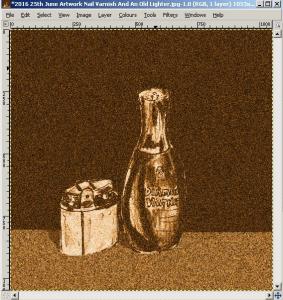