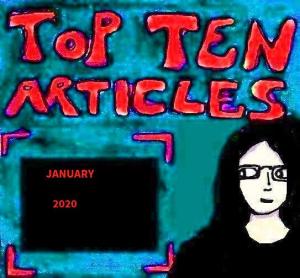 Well, it’s the end of the month. So, I thought that I’d do my usual thing of collecting a list of links to the ten best articles about writing, reading etc… that I’ve posted here over the past month (plus a couple of honourable mentions too).

All in all, this month’s articles went reasonably well – even if, behind the scenes, creating them was a little bit slower and more erratic (due to being busy with other stuff) than usual. Still, thanks to a large enough buffer of pre-written articles (seriously, if you’re starting a blog, you need one of these!), it didn’t affect the posting schedule 🙂

In terms of reviews, there were less game reviews than I’d expected this month (“Doom II” WADs aside, the only game I reviewed was the excellent “Dreamfall: Chapters”) but this meant that I could review twelve novels this month 🙂 My favourites were probably: “Deathday” By Shaun Hutson, “Sunburn” by Laura Lippman, “Rosewater” by Tade Thompson, “Lair” by James Herbert and “The Damnation Game” by Clive Barker.

– “Using Themes And Focus To Innovate In Genre Fiction – A Ramble”
– “Should Writers Take Influence From Films?“

Well, it’s the end of the month and I thought that I’d do my usual thing of collecting links to my ten favourite articles about writing fiction, making art etc.. that I’ve posted here this month. As usual, I’ll include a couple of honourable mentions too.

All in all, this month’s articles turned out reasonably well. Although I’m still trying to post a book review every 2-4 days, so there are less instructional articles as a result (I don’t know when the next book review will be though, since the book I’m reading at the time of writing [“Snow Crash” by Neal Stephenson] isn’t exactly a quick read, plus it’s been a while since my last “Doom II” level review too), quite a few of my articles turned out reasonably well. 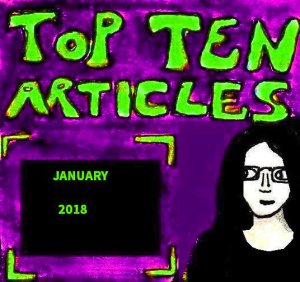 Well, it’s the end of the month. So, as usual, it’s time for me to provide a list of links to my ten favourite articles about making webcomics, making art and/or writing fiction that I’ve posted here over the past month (plus, a couple of honourable mentions too).

All in all, this month was a reasonably good month in terms of articles, although there were slightly more reviews than usual. Not to mention that I had at least a few uninspired days (which led to the occasional repetitive and/or opinionated article)

– “How To Have More Than One Main Inspiration”
– “Why Do Critics Have A Reputation For Being Cynical ? – A Ramble”

Well, it’s the end of the month and this means that it’s time for me to collect a list of links to my ten favourite articles about making webcomics, making art and/or writing fiction that I’ve posted here in the past month. As usual, I’ll also include a few honourable mentions too.

Although there were slightly more reviews than usual and although I was busy making quite a few comic updates for next month, there were actually some surprisingly complex and interesting (to write at least) articles posted here this month 🙂

Plus, I think that this is the first time in a while (or possibly even just the first time) where all ten articles in the main list are all list-based articles 🙂

– “Three Ways To Deal With The Feeling Of Loss After Finishing A Highly Inspired Creative Project”
– “Three Basic Tips For Adding Sub-Plots To Your “Newspaper Comic”-Style Webcomic”
– “Three Quick Tips For Making Story Arcs For “Newspaper Comic”-Style Webcomics”
– “Four Fiendish Tips For Writing Dark Comedy In Webcomics (Plus, A Comic Preview)”
– “Three Quick Tips For Adding Funny Sci-Fi Comedy To Your Webcomic”
– “Three Ways To Make Your Art Look More Like What You Actually Imagine It Will Look Like”
– “Three Strange Tips For Improving Your Backgrounds If You Paint Or Draw From Imagination”
– “Four Logical Reasons Why Other People Seem To Like Our “Failed” Paintings (Or Drawings)”
– “Three Ways To Deal With The Creative Project Ideas That Refuse To Be Made (Yet Continue To Haunt You)”
– “Three Practical Reasons Why Creativity-Based New Year’s Resolutions Are A Very Bad Idea (And What To Do Instead)”

– “Making A Landscape Painting Using A Mouse And MS Paint 5.1 … Can It Be Done?”
– “Salvaging A Painting With Digital Editing (Plus, An Art Preview)”
– “Four Downsides To Making Webcomics That You Might Not Know About (If You Haven’t Started A Webcomic Yet)”

Well, it’s a new year and it’s time for a new webcomic mini series! As such, I’m very proud to present the second comic in “Damania Resolute” 🙂 If you want to see some equally cynical comics about Christmas, they can be found here.

Yes, this comic is basically just an extension of yesterday’s comic. But, yeah, January can be annoying. 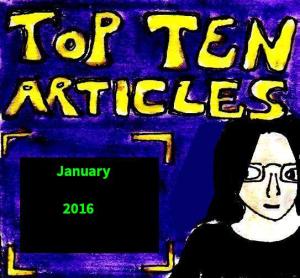 Well, it’s the end of the month and that means that it’s time for my usual list of my ten favourite articles about art, writing and/or comics that I’ve posted here this month. As usual, I’ll also include a few honourable mentions too.

All in all, even though I ended up posting more reviews here than usual this month, I’m quite proud of how many of my articles turned out 🙂

So, in no particular order, let’s get started.

– “Three Geeky Ways To Get Artistic Inspiration (From Playing Computer Games)”
– “Some Thoughts About Graphic Design (And An Exclusive Fan Art Painting)”
– “Three Ways To Deal With Being Scared Or Disturbed By Your Own Horror Story”
– “One Cool Art Composition Trick I Learnt Recently”
– “How To Add A Story To Your Art Using Connections”
– “Four Futuristic Tips For Making 1980s/1990s Style Cyberpunk Art”
– “Telling A Story In Your Paintings or Drawings Using Backgrounds (With Examples)”
– “Five Cowardly Ways To Censor Your Artwork”
– “Four Sneaky Minimalist Art Tricks”
– “How I Learnt To Persevere With “Difficult To Make” Works Of Art, By Playing Computer Games”

– “What Does It Mean To Be A Painter? A Ramble”
– “Some Thoughts About Making “Gritty” Comic Remakes”
– “The Joy Of… Album Covers”
– “When Your Imagination Contradicts You – A Ramble”